GENESEE COUNTY — The Michigan Coalition of Drone Operators has gained a court date for a judge to hear their case for a preliminary injunction against Genesee County Parks to cease their regulation of drones, also known as ‘unmanned aircraft’ in the local parks.

Earlier this year the parks commission approved an ordinance restricting the use of the machines to a permit based system, which the drone operators and established Michigan law have previously determined is illegal, given the Federal Aviation Administration is the regulatory authority for all aircraft.

The two sides debated the finer points of their respective sides in a January meeting (grandblancview. mihomepaper.com/articles/ parks-commission-plays-it-safe-on-legality of-drones/). The Genesee County Prosecutor’s office has previously refused to pursue charges on a drone operator ticketed by parks’ authorities.

Attorney for the drone coalition, Dean Greenblatt, indicated in a press release that they are not seeking monetary damages but is simply asking a judge to declare the park ordinance invalid and unenforceable.

“This lawsuit is a team effort among many drone operators. It is my understanding that similar drone preemption laws exist in more than a dozen other states and this is likely the first test case. The ramifications of this ruling are likely to have an impact on the entire nation. Large corporations that rely on drones for their business model have taken notice of what’s happening and offered their assistance.

“Huron Clinton Metroparks had a rule similar to Genesee County Park’s drone ordinance. Once the conflict with state law was brought to their attention, the Metroparks quickly amended their rule to allow drone use in all of their parks.

The matter will be heard by Judge Joseph Farah Aug. 26 in Genesee County’s 7th District Court. 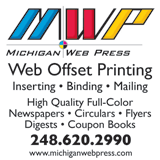